On 5th March 2019 I attended a fantastic workshop, organised by the Leverhulme Trust funded Interspecies Connectedness project at the University of Warwick. This project focuses on dog training cultures as a way of exploring different forms of human-animal connectedness. The aim of the March workshop was to discuss some emerging findings with stakeholders such as dog trainers and welfare charities, and to jointly consider how best to maximise the overall impact of the research. My self-defined role was to act as critical observer, and to identify examples of ‘connectedness’ between this programme of work, and another large research programme concerned with animals, the Animal Research Nexus funded by the Wellcome Trust. The task here is to ask, what can we gain by looking across research programmes, and across the domains in which we connect with non-humans? 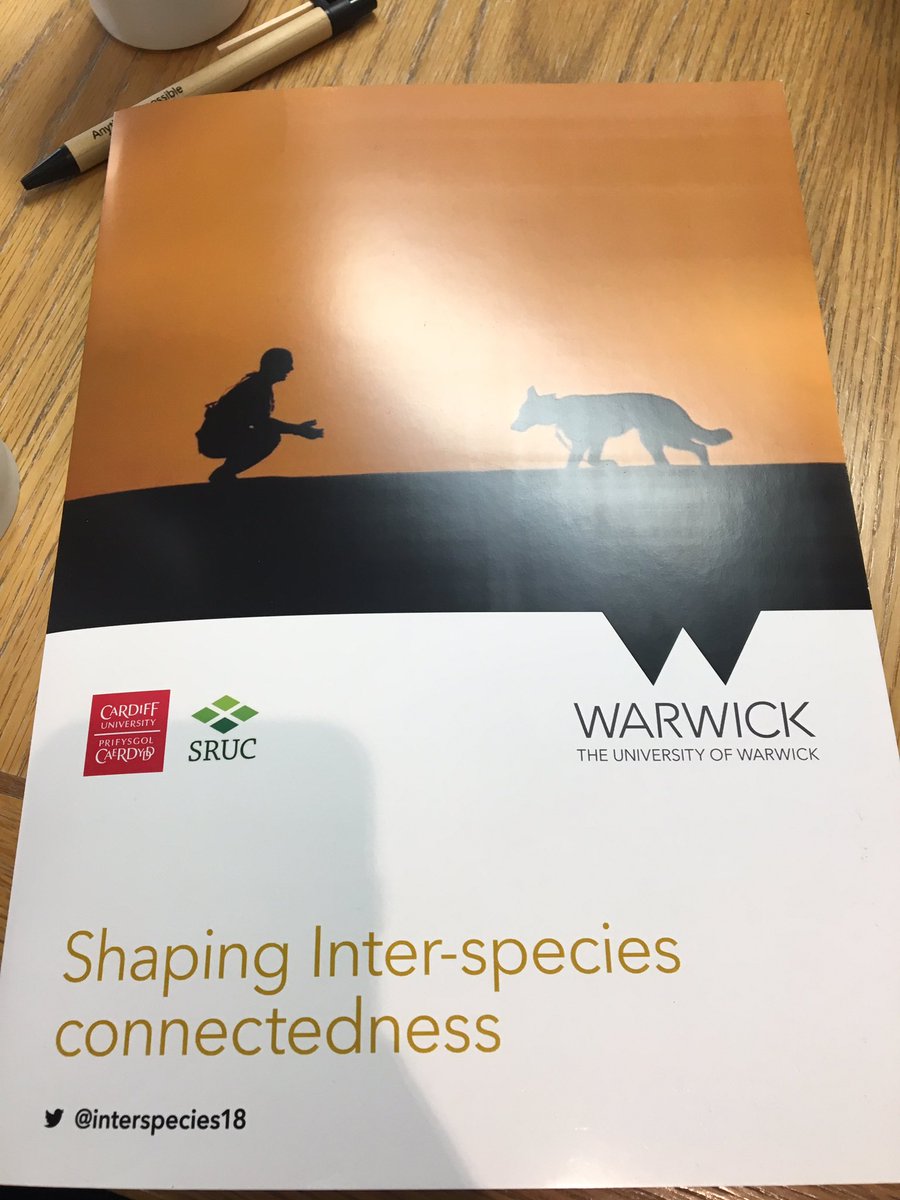 despite posthuman trends in the way scholars look at animals, perhaps we still rely on a kind of enlightenment progress narrative to reassure ourselves that there is a positive trajectory in the way we treat non-human animals.

My first observation concerns the way in which animal scholars and stakeholders engage with history. I listened to Dr Rebekah Fox from the University of Warwick give a wonderfully rich presentation on the history of dog training in the UK, and how it has changed over time: From early, highly gendered ideas of physical mastery over the animal, to the growing influence of science in understanding animal behaviour in the 20th Century, to the present focus on affect, and the concept of training as partnership, or a joint human-animal accomplishment. As a participant observer, what struck me most strongly was the visceral reaction of the audience (including myself), when historical images of physical punishment were shown, and the laughter caused by historical assumptions that only men were deemed suitable to train and subdue animals.

This strongly reminds me of the way in which stakeholders and scholars look back at the history of laboratory animal research by, for example, critiquing the historic use of animals for research on smoking or cosmetic testing. Going forward, it would be interesting to empirically compare the ways in which images of the past (or imagined past) continue to haunt both animal training and animal experimentation. But this observation also prompted me to self-reflect on the extent to which academics and stakeholders in both domains may also be engaged in a kind of ethical boundary-work (Hobson-West 2012), where history itself becomes a kind of disreputable other (Michael and Birke 1994). Put bluntly, and despite posthuman trends in the way scholars look at animals, perhaps we still rely on a kind of enlightenment progress narrative to reassure ourselves that there is a positive trajectory in the way we treat non-human animals.

My second observation concerns the use of the concept of ‘work’ when talking about animals. During talks by Dr Fox on guide dog training and Dr Harriet Smith (Cardiff) on police dogs, and in the subsequent lively discussion with stakeholders, I was struck by the frequency with which the term was used, particularly the idea of ‘working with’. On one level, this is not surprising, given the previous point about contemporary notions of training as an interspecies accomplishment. Indeed, the language of ‘working with’ is also widespread in the lab animal context. In all domains, the language of work helps sharpen tricky ethical questions around non-human agency, consent and reward (see Palmer 2019 and Clark 2014).

However, in the laboratory, animal training is usually just one step on the journey to the likely eventual death of the individual animal to serve the ultimate purposes of human (and animal) medical research. This encouraged me to reflect, not on the details of the training relationships per se, but on the wider purpose of all training processes. Presumably, the aim of training of both humans and of animals is to create individuals who are best able to play their part in the interspecies accomplishment of biomedical knowledge in the case of the lab, crime prevention/detection in the case of the police, or independent living in the case of guide dogs. If so, how does the wider ethics associated with these domains (medicine/crime/disability) impact on what is ethically/legally/socially permissible in each training context? Or, thinking about the future, what kind of socio-technical imaginaries (e.g. Jasanoff and Kim 2013, and see Nerlich and Morris 2015) are dominant in each domain, and what impact do these have on the lived experience of humans and animals who ‘work’ in these contexts?

My final observation provoked by the workshop directly concerns the question of professional training and animals. After introducing the innovative field of Qualitative Behavioural Assessment (see Minero et al 2016) that will be used in the Interspecies Connectedness project, Professor Francoise Wemelsfelder (SRUC, Scotland’s Rural College) led a practical session. Attendees were shown ten short video clips of dogs in different situations, and asked to ‘score’ how the animals were feeling – their expressivity - using QBA. Rather than using typical welfare assessment techniques that focus on what behaviour is observed, QBA explicitly tries to focus on the how of behaviour, and to see the animal as ‘subject’. As a participant observer trained in the qualitative tradition, what was fascinating was the way in which audience members including experts in behaviour and welfare described their own internal struggles in trying to engage with QBA in the session. Some described trying to ‘switch-off’ their own previous training in how to assess behaviour, with one person even describing this as ‘the devil on their shoulder’.

For me, this insight raises some interesting conceptual questions about professional training, and how it can potentially impact on the way we observe and interact with animals. Such questions are central to the work in the Animal Research Nexus programme, especially the study of veterinarians who work in animal research laboratories as ‘Named Veterinary Surgeons’. In addition to their legal and ethical responsibilities as qualified vets, NVSs also have additional responsibilities because of their role in the lab (Ashall and Hobson-West 2018). This partly explains why they have been described as ‘caught in the middle’ (Wolfensohn 2006), between their responsibility to promote animal welfare whilst also facilitating scientific research. Analysis is currently ongoing to further explore the professional tensions involved when veterinarians move from care in general practice to care in the laboratory context. Likewise, it would be interesting to track whether and how animal behaviourists experience professional tensions when adopting new techniques such as QBA, or what happens to individuals who may cross domains of practice in their career (for example by moving from work as a police dog handler to companion animal trainer).

In summary, I have started to explore some interesting parallels to be drawn across Leverhulme funded work on Interspecies Connectedness, and Wellcome Trust funded work on Animal Research Nexus. Examples include the way in which an historical understanding is crucial, but that history itself could also be seen as performing a particular ethic of progress. I have also raised questions about the appropriateness of the work metaphor, and wondered whether the wider ethical issues associated with each field impact on the local ethics of animal training. Finally, I have noted the importance of looking at the training of humans, and asked whether expertise can actually create ethical challenges for individuals who move between different professional contexts. There is undoubtedly no shortage of academic work or impact opportunities for the scholars involved in the Leverhulme and Wellcome programmes. There is, it seems, no shortage of inter-programme connectedness either.

Authors
Pru Hobson-West
This encouraged me to reflect, not on the details of the training relationships per se, but on the wider purpose of all training processes. Presumably, the aim of training of both humans and of animals is to create individuals who are best able to play their part in the interspecies accomplishment of biomedical knowledge
Project area
People & Professions
Other tags
Animal Studies
Companion Species
Interdisciplinarity
Social Science Research Methods