Entering the laboratory for the first time

Understanding and examining the significance of the laboratory space physically, practically, emotionally and metaphorically, is opening up new lines of social scientific enquiry regarding the relations between health, science and welfare 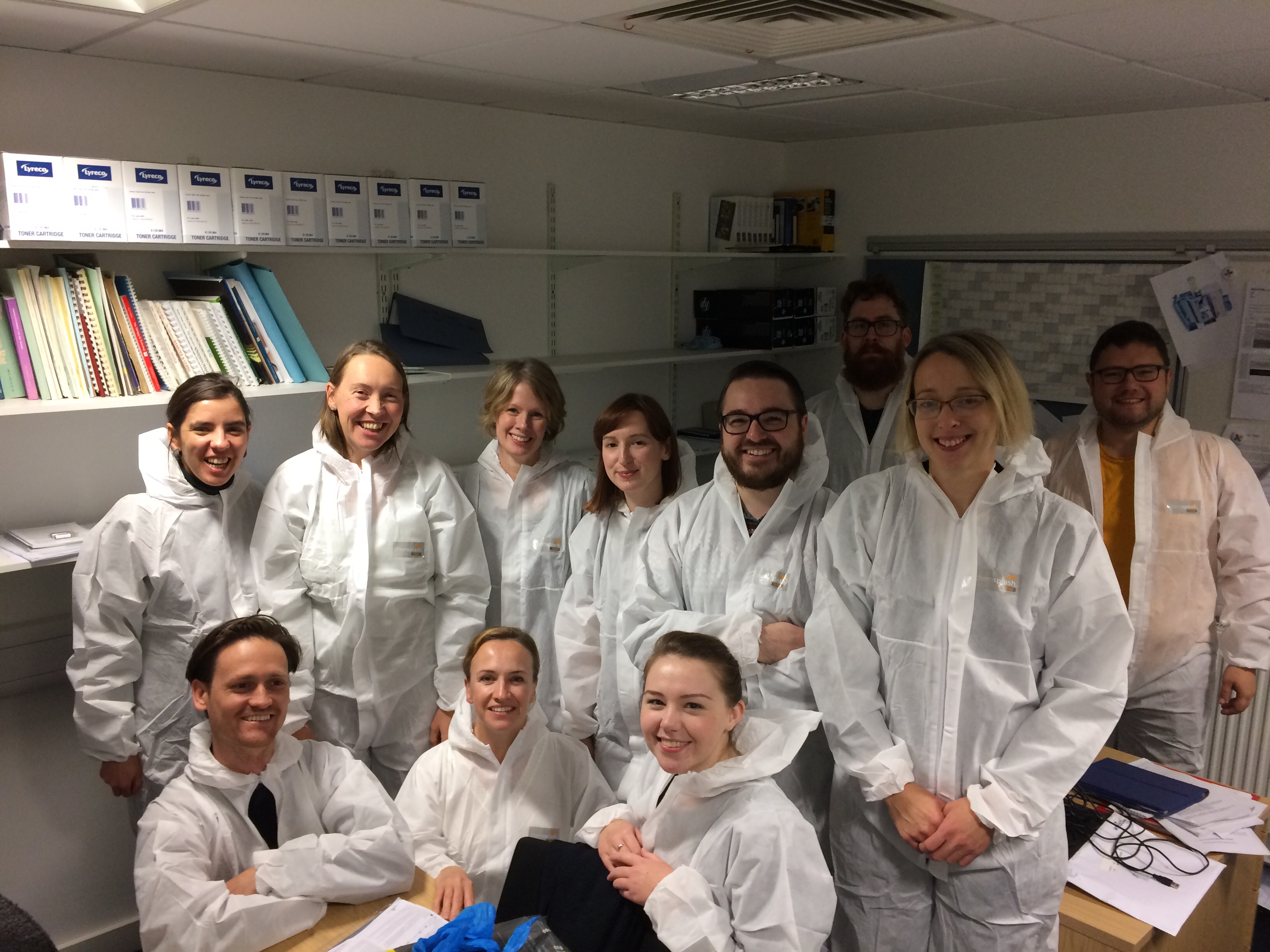 Before embarking on my PhD I had, unsurprisingly, never entered the laboratory space. However, I have always been fascinated with socio-ethical matters, specifically in the area of human-animal relations. I have been a pet owner all my life, owned and ridden horses for over 10 years, and animal welfare is important to me. My positionality and values have led me to buy Body Shop products and ethically sourced foods. However, I like to think I am open to new ideas, and to being persuaded by a compelling argument; so was keen to enter the laboratory with my eyes and ears open. UK public opinion also reflects this openness, with 65% of the UK population accepting the use of animals in research when it is for medical purposes and there is no alternative (Ipsos MORI, 2016).

In terms of what the laboratory space might look like, I knew I held views driven by the social and cultural climate – including familiar narratives of rabbits forced to have drops in their eyes and the infamous smoking beagles. I had never properly considered what the laboratory space might be like, or how it might make me feel. However, when given the opportunity to enter an animal research facility just one month after beginning my PhD, I jumped at the opportunity. I immediately felt both excited, and, honestly, rather nervous. I was eager to scrutinise my own preconceptions. What would the animals look like? Would they be suffering? Would I even be able to identify that?

Of course, many people will have made this journey before me – animal technicians who enter the profession as they want to care for animals have a first encounter of a lab, lay members of AWERBS who do ethical reviews are usually invited at the start of their period of service, and patients are also increasingly being asked to act as mentors and monitors of research projects. Entering this space was thus useful in the sense that it represented an opportunity to be reflective of what this encounter feels like, as well as reminding others on the Annex team who are used to this experience how it feels to “cross the threshold” for the first time.

Before we even entered the laboratory, I made a few observations. Firstly, that the location of the facility somehow managed to be both in a very public area, whilst also being discreetly signposted and difficult to access, making it feel hidden and secret. The space felt closed off – both physically, in that the lift took us to a location inaccessible to the public, but also mentally as we moved away from the general buzz of the city, to a silent windowless place. As we entered the lift, I had visions of descending into a slightly intimidating basement. Instead, we went up to a top floor, brightly lit with artificial light. To coin a phrase, the place was hidden in plain sight. The transformation as we moved from the public space to the lab was reinforced by the requirement to wear personal protective equipment in the form of overalls, shoe covers and a hairnet before entry. This also signalled the significance of biosecurity and the importance of keeping certain things (such as bacteria which could harm the animals, and, ultimately the research) very definitely ‘outside’ of the laboratory space.

The first thing that struck me as we entered the laboratory was a pungent smell – which I took to be sawdust. The atmospheric conditions were harsher than I was expecting, with rooms being noticeably warm or cold, and regulated to conditions appropriate to the animal inhabitants. The next thing to take me aback was the sheer number of animals. I should have been prepared for this, as I understood that significant numbers of animals were needed for accurate and robust scientific work to be undertaken, but there was something about the almost industrial scale that surprised me. There were thousands of mice, and the stacking of cages on top of one another, coupled with robotic machinery to clean them, made the whole experience feel almost like a factory assembly line – a form of “science in production”.

I was pleased to see that the animals did not show obvious signs of suffering (at least to my limited knowledge) – they were housed socially, and slept and played with cage equipment including tunnels. In fact, care was demonstrated not only in the provision of enrichment, but also in smaller, seemingly less significant ‘doings’. This included the display of cartoon posters showing the importance of the animals as ‘unsung heroes’ (one of note featured a mouse in a superhero cloak), clearly a nod to the role of the animals in the progression of science. Unexpected evidence of compassion was found in the form of cuddly toys distributed around rooms and on personal desks. The people working here clearly appreciated and were concerned for the animals with whom they worked. This care was not only playful, but also practical; scientific posters portrayed the mouse grimace scale on the walls of one of the rooms, educating staff as to how to identify mice in pain. It was touching to see that patients were also represented in this space – with photos of people who had benefited from new treatments, and captions to remind staff of the personal stories that they’re helping to create. This is indicative of the wider complex web of different actors within animal research – including the researchers, the animals and the patients, and the intricate and fluctuating relations between them.

Entering the laboratory space for the first time made me seriously question my assumptions regarding animal research facilities, and was a very valuable step for me in developing my understanding of the often complex and multifaceted topics arising in my day-to-day PhD research. To me, the laboratory is a physical representation of wider and more complex issues surrounding care and how to provide it for research animals, ensuring staff morale is high, whilst acknowledging and fostering the primary purpose of animal research facilities – furthering the progression of science and human health. I am very privileged to have been given the opportunity to further my knowledge in this area, and to have had the chance to enter the laboratory, which has opened my eyes to the fascinating juxtaposition of care and objectivity in the research space.

I would like to take this opportunity to thank those in the industry firstly for inviting me, and providing the tour of the laboratory that I discuss above, but also for assisting me in my research, including completing a questionnaire and providing fascinating insights in interviews. Their help has been fundamental not only to the development of my research, but also in the continuous dismantling of assumptions such as those referenced above. At the University of Southampton, we are investigating the increasing emphasis on the whole life experience of research animals. My PhD research in particular is focusing on the practice of laboratory animal rehoming, and, crucially, that animal rehoming journey begins in the laboratory. It was thus important that I experience this space first hand, and I look forward to further examining the ethical and regulatory issues that are raised as animals leave this space, often for the first time.

Authors
Tess Skidmore
Entering the laboratory for the first time allowed me to scrutinise preconceptions, and develop independent lines of thinking regarding the importance of the laboratory and intersections between health, science and care within this space
Project area
Markets & Materials
Other tags
Animal Welfare
Culture of Care
Ethics
Openness & Transparency