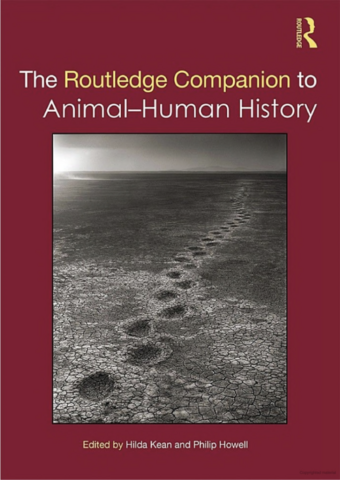 In this chapter, Kirk argues that "We cannot properly understand animal–human history in the modern period without addressing the scientific use of animals. Animal research has been a prominent object of concern, criticism and protest within the academy and society and as such it has played a formative role in the development of the field of ‘animal’ studies. Indeed, to understand why a volume such as this exists one would have to consider the history of societal responses to animal research. It is in the encounter between the experimental animal and the experimenter that the boundary between animal and human has been made and remade countless times over. Why do we experiment on animals? Because animals are physiologically like humans. Why do we experiment on animals? Because animals are ethically different to humans. Animal research concerns the ongoing negotiation of similitude and difference across human and animal, always tentative and always with societal and ethical consequence. More than any other site, it is the experimental encounter where we can see situated relational interdependencies across species being negotiated and transformed with full acknowledgement of their complexity and tentative nature. As Lynda Birke, Arnold Arluke and Mike Michael have argued, ‘[a]s the laboratory animal is made and unmade, so too is the identity of the lay public’. It is for this reason animal research has been and remains one of the most misunderstood, contentious and polarising of animal–human relationships. Science, in sum, has been one of the most prominent catalysts and contexts for the problematisation of animal–human relationships; yet it has equally provided many of the tools and discourses of critique through fields such as ethology and animal welfare science. To understand animal–human history we would do well to start with the role of animals in science."

For those who have institutional access you can find the full chapter here, or please get in contact with the author for a copy.